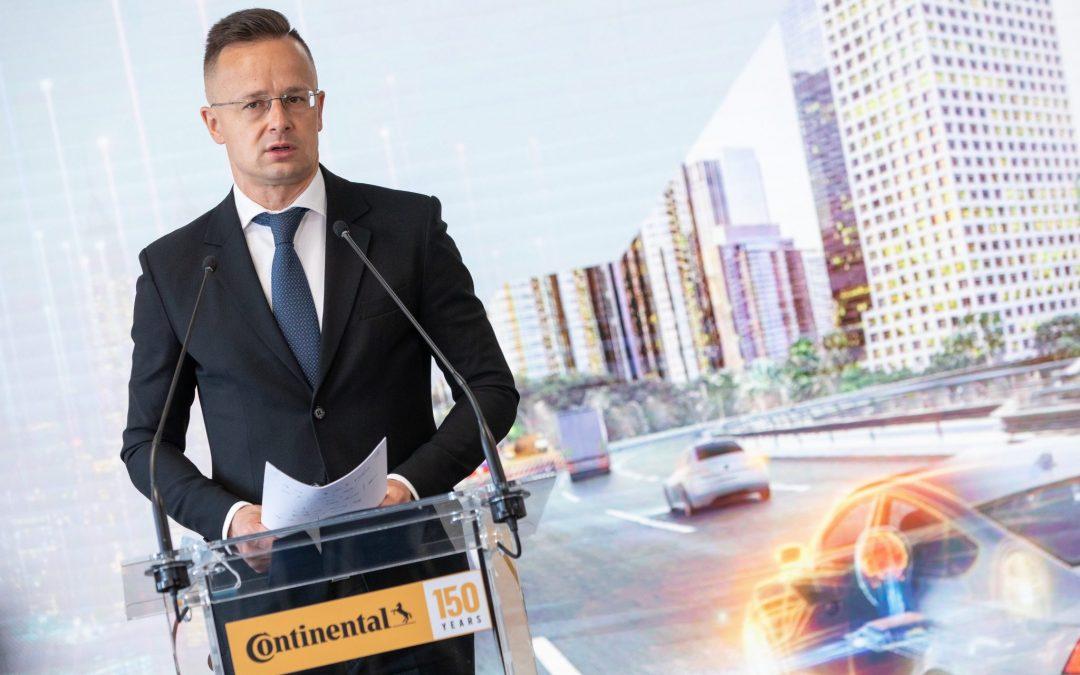 The government is supporting the investment, which will preserve hundreds of jobs and create 70 new, high value-added ones, with a 1 billion forint grant, Szijjártó said.

Continental‘s investment concerns artificial intelligence and software development, including that of sensor systems, the minister said.

The investment will be of key importance in a “revolutionary era” of the auto industry that will see increased reliance on AI and software development, he said.